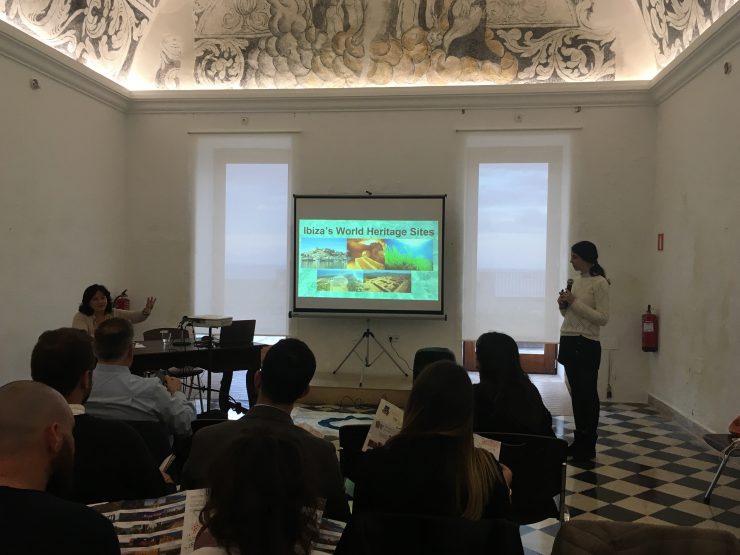 After the official opening speeches, it was time for the presentation of each of the participant cities.

The first city to be presented was Aranjuez, where the first Meeting of Young Ambassadors of World Heritage Cities was held in 2017. Its ambassador, Enrique Fernández, a student of History and Tourism spoke about how Heritage and Tourism must involve both local communities and visitors and make preservation a shared responsibility.

The second presentation was by Minerva Aguilar, from Córdoba. Minerva is on her final year of her Tourism Degree and she spoke on the challenges, strategies and recommendations that Heritage Cities should take into account when including local communities in tourism environments.

Next, it was Ibiza’s turn. As a host city, Mónica Boned was the ambassador who presented the island’s cultural, natural and historic richness, which is represented by all the Unesco World Heritage Sites that can be found around Ibiza. Its heritage is part of a long history, expanding through centuries, which still remains and can be admired today.

To end the first session, it was Évora’s turn. For David Azinheira, it was an especially moving experience to be part of the Second Meeting of Young Ambassadors of World Heritage Cities since this project was born in his hometown. David delivered a powerful presentation on the evolution of his city in the past years until it has become one of the most important cultural sites in Portugal as well as a candidate to become Europe’s Capital of Culture in 2027.