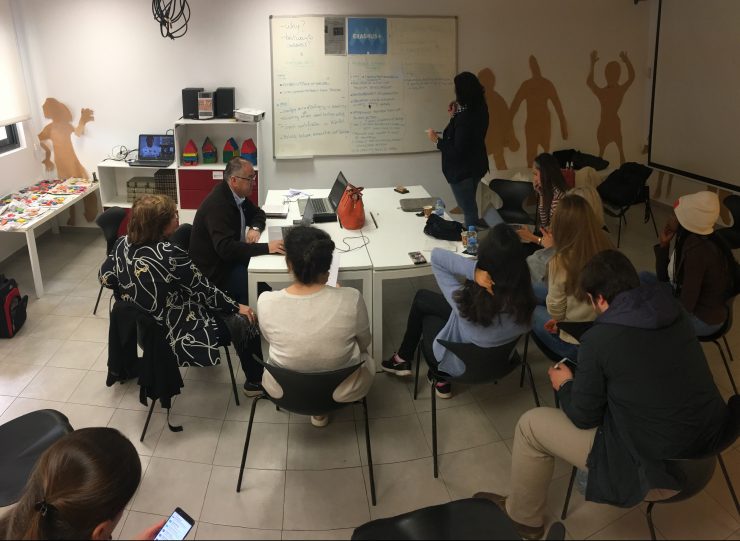 Just as the II Meeting of Young Ambassadors of World Heritage Cities was drawing to an end, ambassadors kept working on the goal that brought them to Ibiza. That is, to work on writing a Decalogue of Good Practices they will defend at the upcoming World Congress that will take place in Krakow, next June.

This year’s World Congress topic will be Heritage and tourism: Local communities and visitors – a shared responsibility. This is the idea they have been working around during these three days in Ibiza, the reason that brought them here and also the focus to reach to a Decalogue of Good Practices to propose at June’s event.

The group had an early start and they immediately focused to make the most of their last day. First, the three groups comprised by Rita (Guimarães), Edna (Cidade Velha) and David (Évora); Enrique (Aranjuez), Esperanza (Granada) and Minerva (Córdoba); Ana (Segovia), Mónica (Ibiza) and Alexandra (Vienna) wrote their own lists of good practices; based on the brainstorming session they worked on the day before.

After that they started working on their own proposals and what they considered the best ways to address the topic. They laid their ideas on why it is important to address issues involving World Heritage Sites and how to approach them from a young, committed and fresh perspective.

Then they took it a step further, joined forces and reached common ground to sum up their proposals.

These are the points of the Decalogue they believe are essential:

The future of World Heritage Cities is surely in good hands!